The Birth of a Tradition: White Wedding Dresses

The white wedding dress is an enduring image in our culture, with roots so deep that only very slowly are brides daring at last to mix it up a little. Because of this, it can be a little surprising to realize that the tradition only goes back a hundred years or so, to the late 1800s and it’s not tradition for the reasons you think it is!

The popular tradition of a bride dressing in white finds its root in the nineteenth-century, but did not really take hold until its last decades. While it’s often cited that the white dress worn by Queen Victoria for her wedding in 1840 was the genesis of this custom, it took a long time for the trend to catch on in America for several reasons.

Queen Victoria was the monarch of a country and thus had the funds to choose whatever color she wanted for her dress: most people did not and couldn’t afford white dresses, which were symbols of extravagance and wealth at the time, not purity. In fact, the idea of white wedding dresses symbolizing the purity or virginity of a bride didn’t exist at all until the mid-1900s! White dresses were an excellent way to show off a bride’s—or her intended husband’s—wealth and prestige because they cost a great deal to manufacture in a world without the ability to mass-produce textiles. In addition, anyone who could afford to buy a white dress which would quickly become soiled and stained—remember, modern bleaching and cleaning techniques did not exist back then—had to be either fabulously wealthy or destined for poverty. It wouldn’t be until the 1970s, with the advent of revolutionary new techniques in the mass-production of textiles, that white wedding dresses would become a real possibility for any but the upper echelon of society. Even then, such dresses would remain a privilege confined to the middle and upper class. 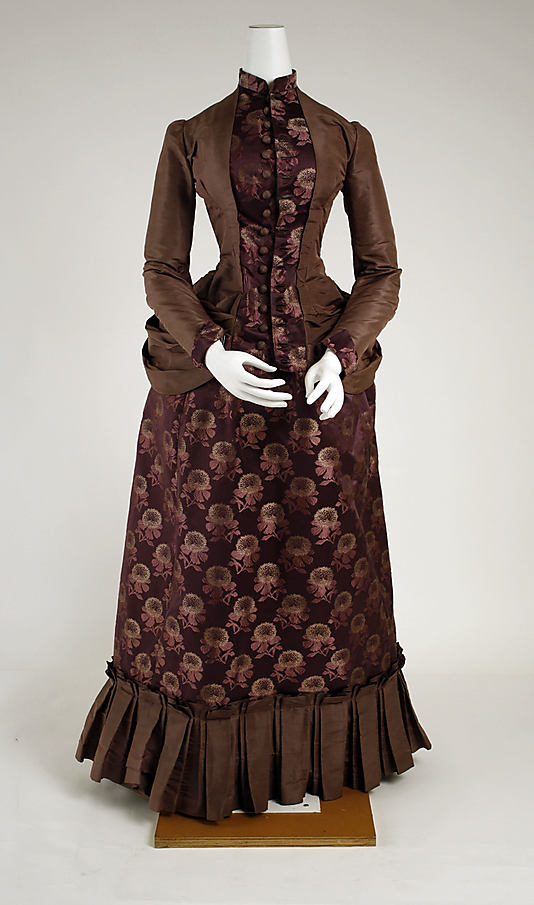 An additional factor which delayed the popularity of the white wedding dress in America was the focus the American people had in the early 1800s on creating a national identity separate from that of England, both in terms of culture and fashion. This persisted until the 1860s when the American Civil War caused Americans to begin looking more towards Britain as a cultural and fashion leader, borrowing popular trends from the island. 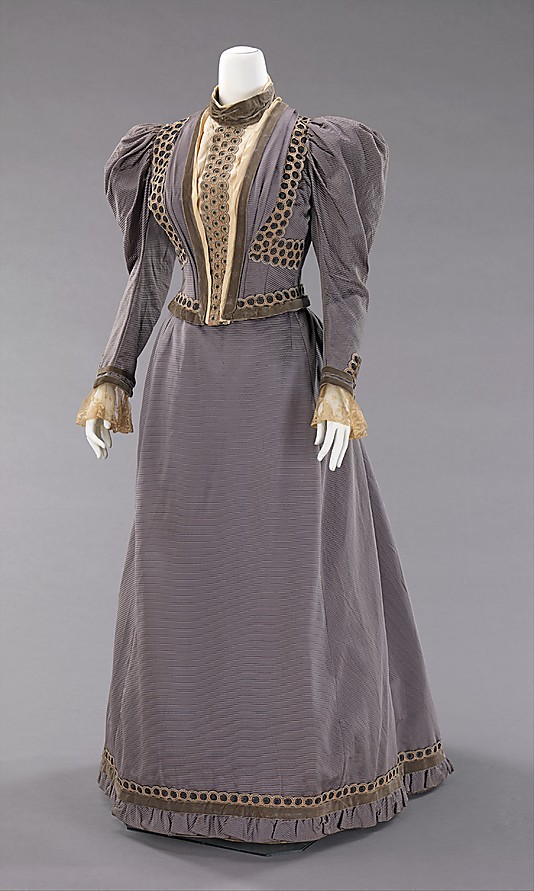 So, if the brides of the 19th century weren’t wearing white, what were they wearing? Well, red, brown, dark blue, gold, and even black were all popular choices. Many brides didn’t have the luxury of being able to purchase a dress to wear simply for a single occasion—remember, textiles were expensive back then because they couldn’t be mass-produced. And so, most brides would simply wear their Sunday best for their big day. Later, as white fabric became more affordable and more popular towards the end of the century, many brides would scrape together just enough money to purchase the white dress they dreamed of and would then dye the dress a darker color to hide stains and make it more practical for re-wearing! Despite the growing popularity of white as a color for wedding dresses, many brides chose to wear colored dresses for their weddings well into the final decades of the century, as shown by the accompanying images!

For further reading, check out “Queen Victoria’s Wedding Dress: The One That Started It All” on The Dreamstress