Wedding Traditions of the 19th Century

Historic Waterloo Village is a charming souvenir of a bygone age. Quaint by today’s standards, the town was once a thriving inland port and an important stop along New Jersey’s Morris Canal between the 1830s and ‘60s. Then, just as today, Waterloo Village saw its fair share of wedding celebrations, serving as the starting point for many nineteenth-century couples’ happy lives together. So, what was a wedding like during the Village’s heyday? What kinds of customs and traditions did a nineteenth-century bride and groom observe? Here is a look at what a typical Waterloo wedding might have been like. 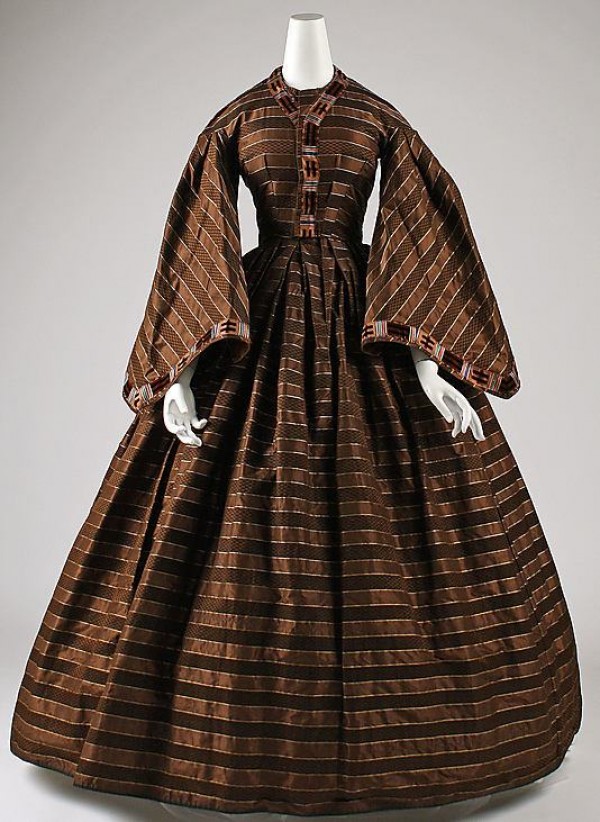 Weddings in the nineteenth century were not restricted to the weekend: they often took place on weekdays, too, and it was fashionable to hold them in the morning, between 10am and noon. The location for these nuptials varied: while in the early to mid-nineteenth century it was most common to have the wedding at a church—usually the bride’s parish—as the decades wore on it became popular to hold weddings in the home, allowing a more exclusive and intimate affair. In home weddings it was traditional to hang symbols of good luck—often wishbones, horseshoes, or bells—over the place where the exchange of vows would occur.

Brides did not wear white for their weddings for most of the century—the color was too expensive and impractical without modern bleaching techniques. Instead, colors like purple, dark blue, brown, red, and gold were popular. Brides would often wear their Sunday best, as having a separate dress to wear for just one occasion was extremely impractical in a world without the mass-production of textiles we have today. Towards the very end of the century, white dresses became more popular with the revolution in production techniques, however many of these dresses would be dyed darker colors by the brides after their wedding day and reused. Grooms would wear their best clothes.

It was very uncommon for both the bride and the groom to exchange rings during this era—in the majority of weddings, there would be only one wedding ring and it would go to the bride. Typically it was a plain gold band with the couple’s initials and wedding date engraved on the inside. After the ceremony the couple would walk straight down the aisle without looking to the left or right—to acknowledge your wedding guests when leaving the church was considered bad taste! The bride’s parents would be the first to leave the church and the best man would be the last—it was his job to stay behind and pay the clergyman for his services.

Because weddings were usually held so early, the wedding reception was usually a breakfast held at the bride’s home after the ceremony. At the reception the bride and groom would finally receive the guests and accept words of congratulations. It was custom and deemed proper etiquette for the guests to address the bride first, unless they didn’t know her, in which case it was the groom’s job to introduce them to her after receiving their congratulations. Congratulations were never offered to the bride—it was considered a major faux pas, as it was thought to imply that the bride was “lucky” to have gotten someone to propose to her. Rude!

Usually only the bridal party would eat sitting down—in many homes there simply wasn’t enough space to seat everyone! Nor would there be any entertainment provided at the reception or wedding: it was tacitly understood that the guests didn’t need it as it was an honor just to have been invited to share the day. They would, however, get cake, which was usually a dark, rich fruitcake with white frosting. This would, however, not be eaten at the reception, but rather cut and boxed at the end and passed out to the guests as they left.

After the reception, it was tradition for the couple to leave on their honeymoon. It was customary for the bride to take a female friend with her on the trip, though this became less common towards mid-to-late century. The best man would go ahead of the couple to the train or boat to look after the luggage and he would be the only one entrusted with the secret of where the honeymoon would take place. It was considered extremely bad taste to ask a couple where their honeymoon would be.

Upon leaving the bride’s home after the reception breakfast, on their way to catch their honeymoon transportation, the bride and groom would be pelted with rice and shoes—yes, shoes—by their guests as a symbol of wishes for fertility and happiness in their marriage. How romantic!

"Queen Victoria's Wedding Dress: The One That Started It All" The Dreamstress