Certainly, the first consideration for any catered event is sumptuous food. Chef/Owner Jeffrey Miller had the privilege to apprentice at some of the most revered restaurants in New York (La Cote Basque, Le Cirque, An American Place, Bouley) and on the Continent (France's Michelin-starred Moulin de Mougins, and London's Simpsons-in-the-Strand).

The creativity in presentation, emphasis on freshness, and attention to detail that he learned at these world-class restaurants have helped create the high standards that define Jeffrey Miller cuisine today. 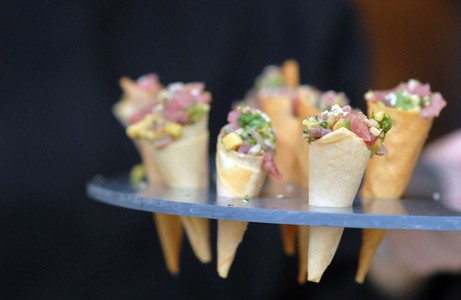 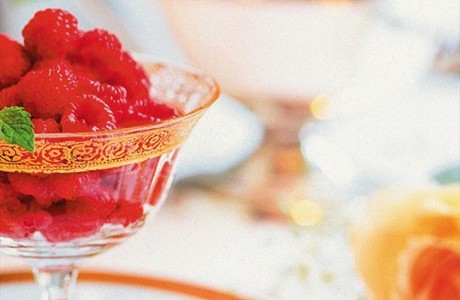 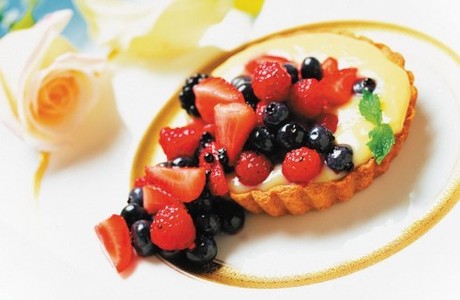 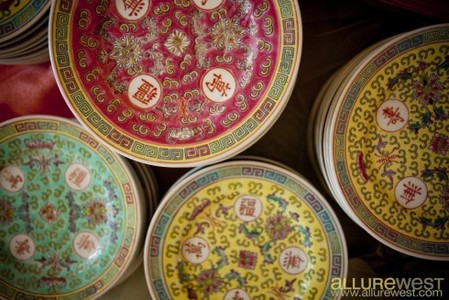 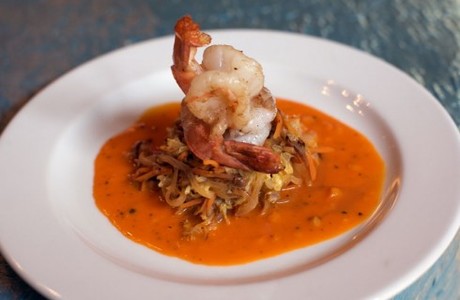 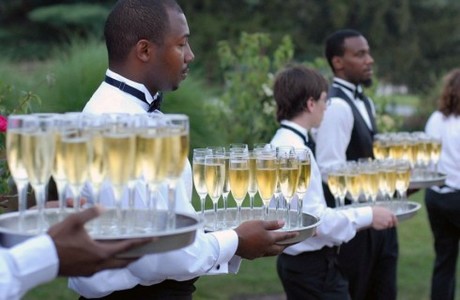 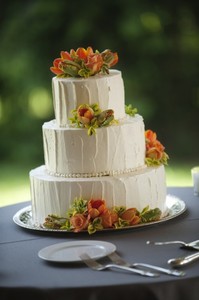 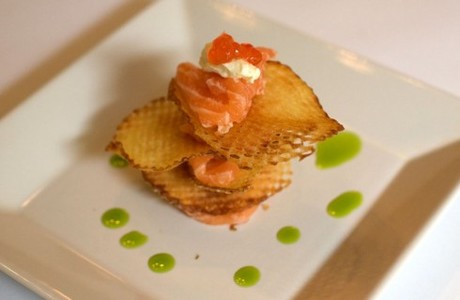 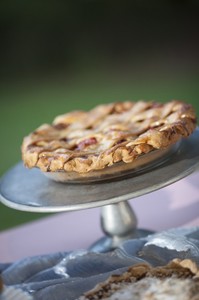 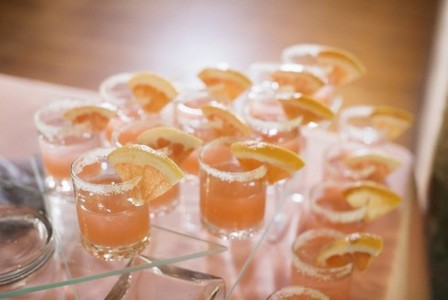 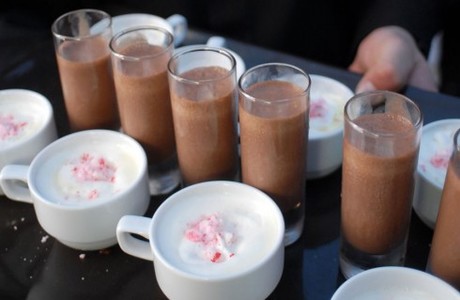 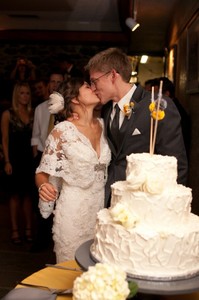 We are getting married at John James Audubon Center this fall and are so happy that Jeffrey A. Miller is catering. The tasting was so delicious and all of the food was incredibly fresh and homemade. The best of farm-to-table. We have our menu planning meeting next month and it is all I can think about.

Jeffrey A. Miller is the exclusive caterer for our wedding venue The Tyler Arboretum. The options available for the cocktail hour and dinner allow you to create a unique menu within your budget. The tasting was great and the chef took the time answer all of our questions. I would highly recommend Jeffrey A. Miller to everyone.

We booked recently with Jeffrey Miller Catering at the Anthony Wayne House for our wedding and can not wait to have our tasting! There are tons of choices (not sure how we are going to able to only pick a few) which are all freshly made by hand and farm-to-table meals! We can't wait to meet with our planner and begin the planning process! Great group of people to be working with to plan the best day of our lives!

Jeffrey Miller Catering has been a dream to work with for our upcoming wedding in October! We prepared ourselves to be underwhelmed for our tasting, since most weddings have 'okay' food...this was not the case with JAM! The food for our wedding was delicious and fresh, locally sourced, and they were willing to work with us to adapt the menu and the experience to fit our vision! We couldn't be more excited!

We recently had our private tasting with Tony and he was wonderful!! The food was amazing and he answered all our questions about the menu, including all my concerns about a nut allergy. Even our hard-to-please parents were blown away! We just finalized our menu with Angela and it was so easy to collaborate with her. She has an incredible vision! We can't wait for our big day!

We just picked out our menu for our wedding in August with our wedding coordinator and I could not be more excited! The food at the group tasting was so delicious and I know that the food at our wedding is going to be incredible! Jeffrey Miller does pretty much all farm-to-table, which for a foodie like myself, is heavenly! Everything was so fresh tasting, you could really tell that they are using high quality ingredients. Jeffrey Miller and staff have been wonderful to work with so far, and I can't wait for my big day!!!

So excited to confirm our wedding at the Anthony Wayne House with JAM Catering!!! I have heard nothing but great things about the food JAM puts out. That was such a deal breaker in choosing a venue. My fiance and I are really looking forward to this experience.

We just had our tasting with Jeffery Miller and everything was so delicious. We did a group tasting, which was included in our package. Not only was the food incredible, particularly the butter fish, everything was very stylishly presented. The team has been a dream to work with. I would absolutely recommend them.

There are few times in life you hope for perfection, but your wedding day is one of them! Jeffrey Miller Catering Co, from our incredible wedding planner Shannon Mullane, attentive and professional waitstaff and bartenders, talented and accomodating chefs and kitchen staff, were the definition of perfection! I would recommend Jeffrey Miller Catering Co. and the beautiful venue at the John James Audubon Center in Audubon, PA to any of my friends! Thank you so much for making our day as perfect as possible!

My husband and I got married this past January at the Racquet Club, where Jeffrey Miller is the exclusive caterer. It was an amazing experience, from start to finish. Food was very important to us, so we went to our tasting with a critical eye and high expectations, which Jeffrey Miller absolutely exceeded! From that moment on, working with Jeffrey Miller was a dream. Our coordinator, Marc Liss, was knowledgeable, professional, attentive, responsive, creative and generous with his time at every stage of the planning. Even though he must have had many other events on his plate, he gave his absolute attention to every last detail of planning ours, and we felt very well taken care of. He was available at any time by email and cell phone and answered around a million questions for me from the time we booked to the day of our wedding! He offered advice, insight and suggestions and always kept in mind our preferences and ideas for both for the food and the overall event. Even with the smooth lead up to the wedding day I still expected there to be some bumps and small issues that would arise on the day of for me to attend to, and there were NONE. Jeffrey Miller handled everything perfectly - we were on schedule, the food came out hot, delicious and quickly from cocktail hour to dessert, the wait staff was professional and skilled, and Marc took amazing care of us, from making sure I always had a drink to coming by with a plate of appetizers during cocktail hour that he put together especially for us and our parents. All that was left for me to do was to sit back and enjoy my wedding, which was such a gift! Jeffrey Miller handled the clean up as well, making sure that we got back everything we came with, from family photos to our cake topper and leftover favors, it was all packed up neatly for us and labelled at the end of the night. I really can't say enough about the amazing job they did, we are so grateful to them!!

I consider myself a bit of a foodie, so having Jeffrey Miller be the exclusive caterer at Aldie Mansion made me nervous, but they exceeded all of our expectations! Everything was delicious and made to order- this is not your banquet hall dinner. Steaks were perfectly medium rare, chicken was juicy, and every hors d'oeuvres was the perfect bite of freshness and flavor! AND THE CAKE- oh my gosh, I have dreams about the banana chocolate chip pound cake with cream cheese frosting! Jeffrey Miller is an expensive option, but even their "lower priced" options are some of the best food you will eat! They truly elevated our reception to the next level! PS- Heather was our assigned coordinator, and we LOVED her! She was responsive, attentive and really wanted us to have the wedding we envisioned. And, she was all about having a good time!

We were very lucky to have Jeffrey Miller Catering as the exclusive caterer to John J. Audubon Center at Mill Grove. Their reputation and the use of fresh ingredients hooked us. We enjoyed everything they prepared. Absolutely delicious. Your guests will remember the food and the entertainment, and I'm certain my guests will have fond memories of ours.

Best. Food. Ever. I received more compliments on the food at our reception than anything else. The quality of food was EXTREMELY important to us and JAM did not disappoint. Everything was cooked on site (nothing frozen, everything handmade) and each entree came out hot...and when does that happen at a wedding? On top of that, our consultant, Marc, was an absolute joy to work with and made sure everything ran smoothly. I cannot recommend JAM highly enough.

Jeffrey Miller Catering obviously pays great attention to detail when preparing their dishes. Each appetizer, salad, and entree looked just as fantastic as it tasted. Our lemon chiffon cake with raspberry mousse filling was so moist and delicious that many guests went back for seconds. Our guests had a great time, and so did we. We couldn't have asked for a more perfect wedding.