Something Old to Something New: How Weddings Have Changed Over Time

Over the past century, weddings have changed from simple ceremonies to elegant and glamorous events. From the dresses, to the traditions, to the flower arrangements and the venues were going to take a look at the evolution of weddings starting from the early 1900’s. 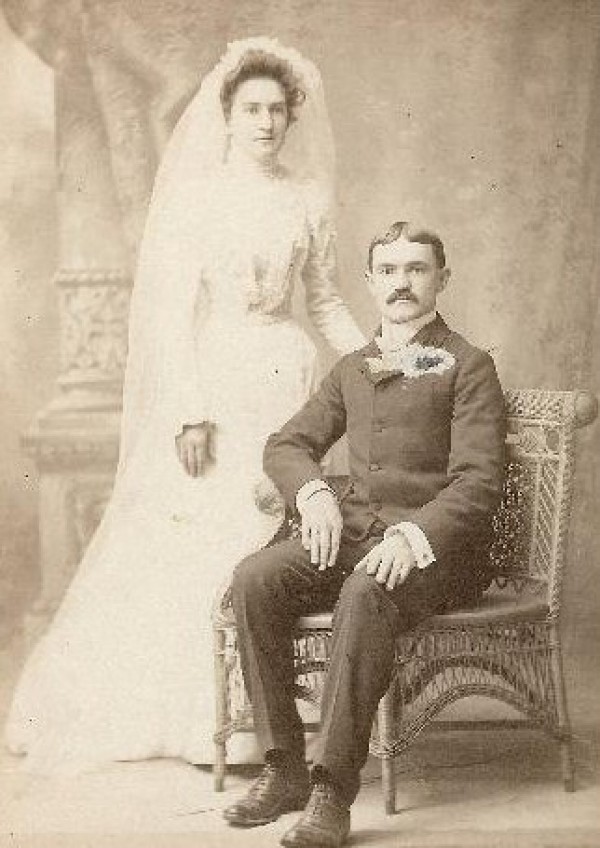 Going back 100 years, weddings were drastically different than they are now. We first start to see wedding traditions in the Edwardian era. The brides were a vision of white lace and puffy forearms. Gloves were also seen in many weddings since it was a gift of courtship from the groom. It was often expected for the groom to be in a well financial state to take a bride since he would pay for the flowers which were sle white roses and lilies and other wedding necessities. There was often no party held unless the groom could afford it.

Heading into the 1920s, this was an era where people started to enjoy themselves publically. Wedding dresses had flowing silhouettes, and instead of the traditional veil, hats were the popular head piece of choice. Wedding receptions also started to become more common with economic boom. Music was used to celebrate where people would dance the tango, turkey trot and the hesitation waltz. With the 1920s being an era of glamour and jazz, people tried to avoid tradition. Elopements and Justice of the Peace were being used more to avoid being seen as “traditional” and more “modern”. Couples also treated themselves to honeymoons since they were able to travel farther distances with the new invention of cars.

1940’s weddings were quick and were labeled “war time weddings”. With not knowing when couples would see each other due to World War II, they quickly put together fast paced weddings. The timeline of wedding was usually, wedding announcement sent out Monday, invitations went out Wednesday by telegraph, and by Saturday the couples were married. The date of the wedding was also not usually picked by the bride and groom, but usually by the groom’s commanding officer, since he knew the dates of deployment. The groom usually wore his military uniform while the bride wore a practical skirt, warm jacket, and a lacey sweater. This was also the time where DIY weddings became popular due to limited funds couples had.

The 1950’s can be described in one word, boom. There was the economic boom, the suburb boom and the recognizable term, the “baby boom era”. The 1950’s was a time of celebration as soldiers returned home from the war. This celebration can be seen in weddings as well during this time. In the 1950’s the traditional wedding started coming back into fashion, with the elaborate church weddings. Brides started having bridesmaids and grooms started having groomsmen and it was expected that they all wore proper wedding attire. Lace or satin gloves became a standard for the brides, as well as shortened veils. Sweetheart necklines became popular by Elizabeth Taylor who wore a sweetheart neckline wedding dress in the original “Father of the Bride” movie. Grooms fashion changed as well with shortened, single breasted narrow jacket with tapered pants. The tiered wedding cakes made their first appearance during this era as well. People requested the cakes look like “poodles”.

The next era that “modernized” the wedding culture was the 1980’s. This era was ruled by cathedral trains, lace, full wedding skirts and oversized bouquets. Princess Diana set most of the wedding dress trends with her extravagant and elaborate wedding dress in 1981. It set the paradigm for the fairytale wedding that many couples copied when it was their time to walk down the aisle. Men went back to the traditional morning suit when walking down the aisle, compared to the shortened suit they had in the 50s. In the beginning of this era, four tiered cakes were still popular, but towards the end of the decade, couples had eight tiered wedding cakes. Large and elegant receptions started to appear, and couples could now also capture their wedding on video.

Entering into the most recent era, we start to see trends that are still popular today. In the beginning of the millennium, we start to see brides wearing strapless, hip hugging, and sexier wedding gowns. Beading, crystals and jewels became a favorite among many brides. Mermaid style gowns, plunging necklines, and larger than life dresses have become the norm for many brides in this era that reach thousands, if not tens of thousands of dollars. The traditional wedding is no longer a simple ceremony and straightforward reception, but rather an elegant and extravagant party. With twelve piece party bands , to bridal parties of sixteen people, to beautiful and classy venues, an average price of a wedding can be $30,000. Weddings have changed immensely through the 1900’s into the 2000 era.

Wedding dresses have become more elegant, cakes are reaching higher levels, literally, and venues are changing. However there will always be one part of a wedding that will forever stay the same. It’s a moment in time where two people come together as one and celebrate their love with family and loved ones.